You may be under the impression that we, as meat producers, eat a big rib-eye steak every night.

On the contrary, we usually get to eat the cuts that nobody else wants and the “oops” cuts from the butcher.

We had the jowl cut from the last pig we butchered, but we meant to have it cured, smoked and sliced like bacon.  The message apparently didn’t get through.  The butcher gave us the whole uncured jowl (2-3lbs each).  While we would easily be able to sell cured & smoked jowl (or anything else resembling bacon for that matter) uncured jowl wasn’t exactly a hot seller.

That’s when I get to jump in and start playing around with it. 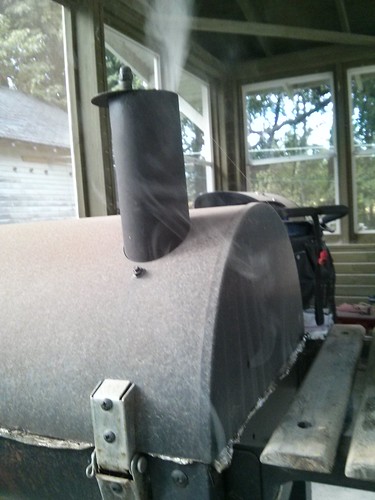 I took two of the jowls and cured them in my refrigerator for a little over a week.  I used a brine-cure with about 1c of kosher salt, 2tbsp of brown sugar, 1tbsp of Morton Tender-Quick and a bit of pepper.

After a good cure, it came out and went on the smoker with a good heap of apple wood chips. 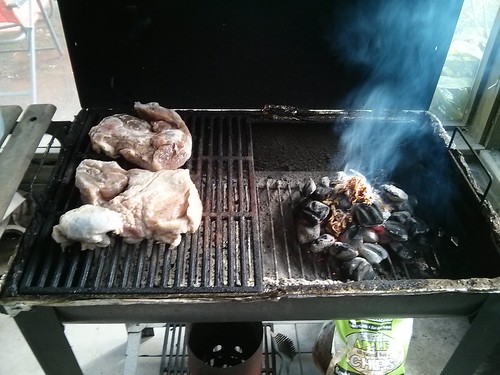 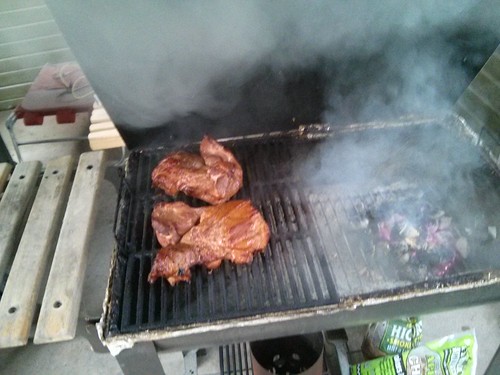 Pretty good looking stuff, if I do say so myself.

Once it had cooled a bit, I got slicing. 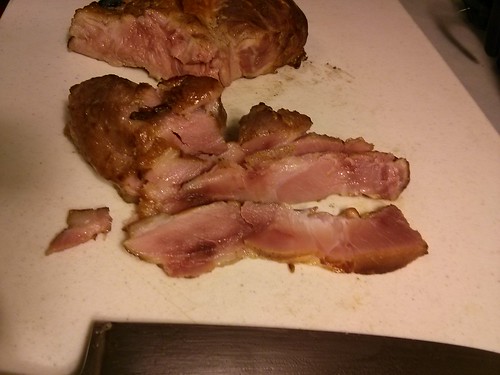 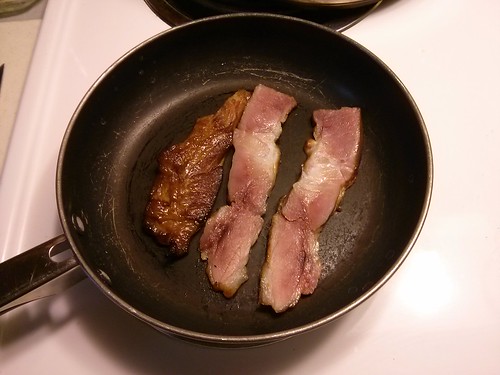 And what didn’t get eaten right out of the pan ended up on this pizza. 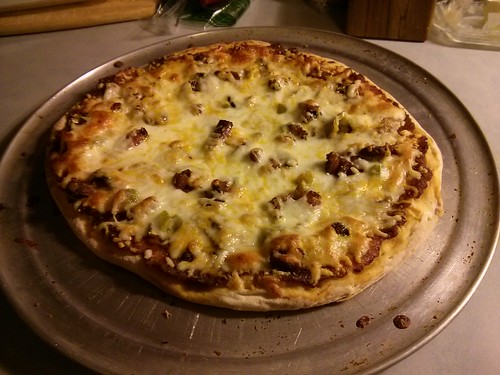 It turned out pretty well. If I had it to do over again, I’d only let if cure 5 days. It turned out a little saltier than most bacon, but it’s also leaner, which means it’s pretty great to cut into chunks for recipes that require bacon.
It worked out really nice on the pizza, and I’ll have to try it out sometime in one of my favorite recipes: Spagetti al Carbonara which is traditionally made with Guanciale (Italians for Jowl).