About two years ago I got myself the first real air-rifle I’ve ever owned.  Farming, particularly livestock farming, is rife with pests.  For controlling those pests, there are few better options than a good air rifle.  Air rifles are cheap to shoot, $10 for 500 pellets which is 1/3rd the price of a .22 rimfire rifle.  Air rifles are also safer, being significantly less powerful than a rim-fire or center-fire rifle.  One can shoot an air rifle around and inside of all manner of barns, feed bins and buildings without the risking any major damage. 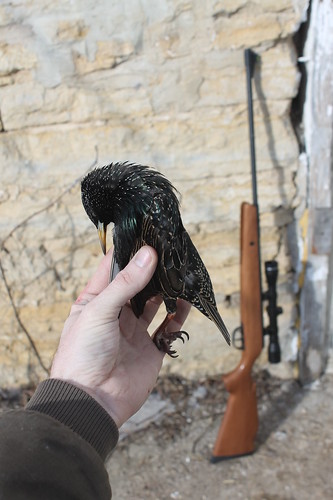 When you’ve got several dilapidated farm buildings you’re bound to get every one of the “big 3” invasive bird species (European Starling, House Sparrow, Feral Pigeon) showing up.  These invasive species, especially the starling and sparrow, have a nasty habit of murdering the beneficial native species that we encourage on our farm.  The air-rifle is one of the tools we use to take the nasty invasive bullies out.

I started out with a cheap Crosman Optimus .177 caliber air rifle.  I quickly determined that the gun was more accurate than I was capable of without an optic, so I got a cheap-but-decent 4x scope to go on top.  Despite the absolutely awful trigger, I was able to get some pretty good accuracy out of the gun, managing to take down several starlings at 40 yards. 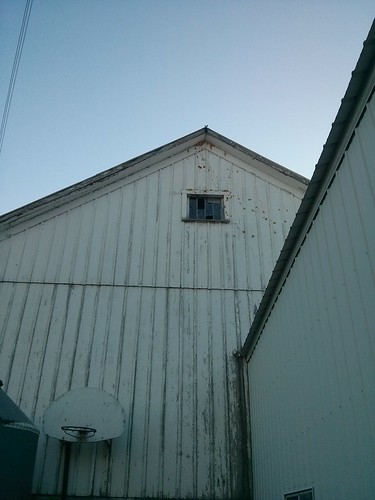 This is one of the big problem areas for us.  Starlings and Sparrows, both cavity nesters, love the idea of building a nest in the little hole at the apex of our barn roof.  Normally I try to exclude these birds from such areas, but this particular spot is so high off the ground I haven’t figured out a good way to get up there yet.

So with a cheap rifle that could easily make that difficult shot, you could imagine my disappointment when the cheap rifle-stock splintered into pieces one day.  Naturally, the stock is more difficult to buy than the entire gun, which lead me to my second air rifle purchase, the .177 Gamo Hornet.

The Hornet had a synthetic stock, which was much tougher than the Optimus, and after replacing the just-as-awful trigger, the Hornet became quite a shooter, able to make the same 40-yard shot. 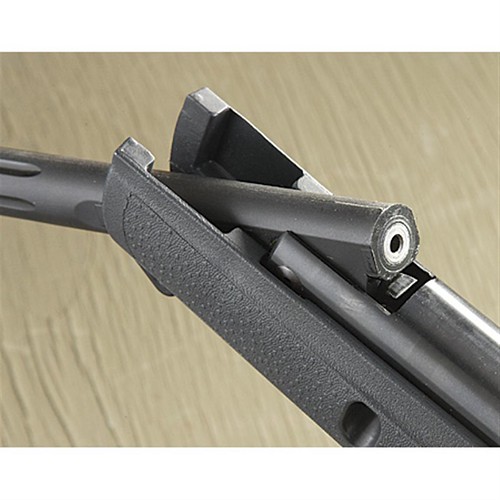 Imagine my further disappointment when the Hornet developed a fatal fracture at the breech where the cocking linkage attaches.  The cool-looking FRP composite that shrouds the barrel & breech isn’t quite as tough as I would have hoped.

I decided that since I was having no luck with cheap air rifles, I should move up to something at a slightly higher price-point.  After a bit of research I settled on the Benjamin Trail NP in .22 caliber.  It’s pretty well made, with a much nicer stock than the other rifles, but I was prepared for a little bit of a fight to get it as accurate as my previous guns.  I knew the trigger would be awful right out of the box, which was indeed the case. 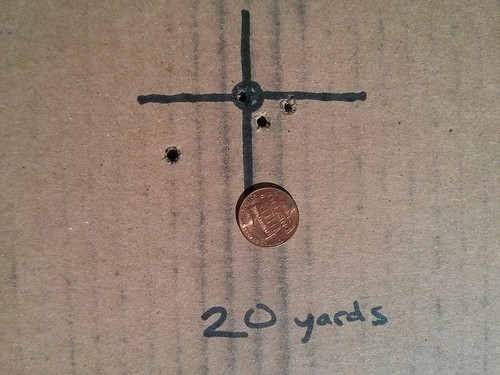 I was, therefore, a bit surprised to see it shoot a group like this with it’s first four shots.

That would be the first and last time I’d get a group that small for a month or more. 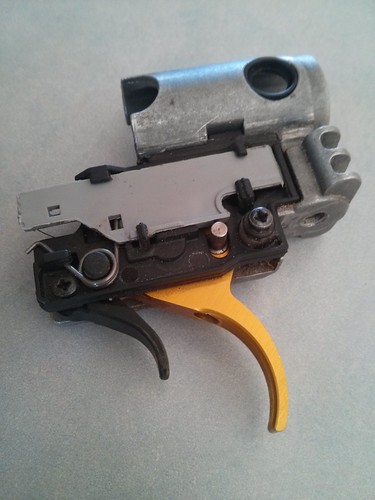 I replaced the trigger, as I’d planned to since buying the rifle, but the groups did not improve appreciably.

I applied red lock-tite to the forearm screws that wouldn’t stay tight, and groups did not improve appreciably. 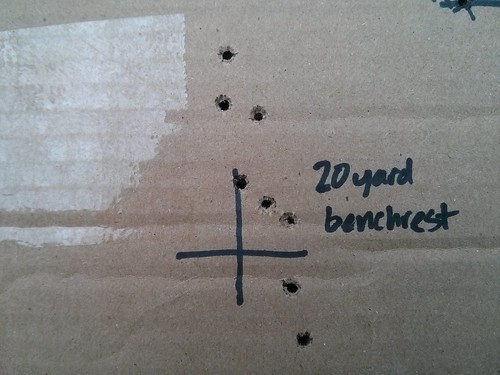 After putting about 400 pellets through the rifle, I was getting quite frustrated with it.  The groups were awful, stringing vertically like crazy and none of my usual tricks could remedy it.

As a last resort I replaced the fancy 3-9x AO scope that came with the Benjamin.  The cheap 4x scope from my first air-rifle was mounted on top, and voila! My groups shrunk back down to a very acceptable size.  Today the Benjamin earned it’s place on the farm, it made the vaunted 40-yard shot and took down a male starling who was trying to lay claim to the top of my barn. 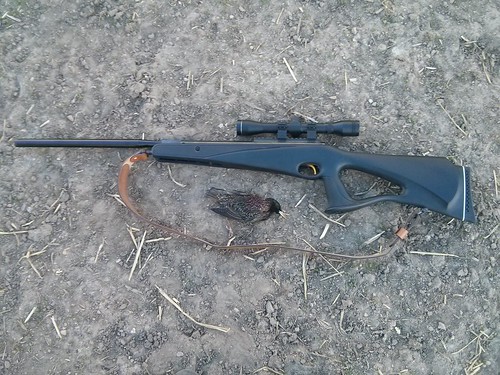