It’s been pretty dry lately, we haven’t had any real precipitation in 3-4 weeks, but that’s about to change. So I figured I’d take advantage of the unseasonably warm weather and put some tarps up to keep the two worst roofs on the farm out of harms way during the winter.

We’re only renting the farm right now, but the sale has finally moved to “pending” status. If this was Missouri, we’d have been under contract long ago, but being Minnesota, the rules are slightly different. When in Rome…

Not wanting to sink a lot of money into repairing roofs that we don’t yet own, tarps will keep the buildings from deteriorating any further until spring, when steel roofing will be the order of the day.
First up: The Farm Store. 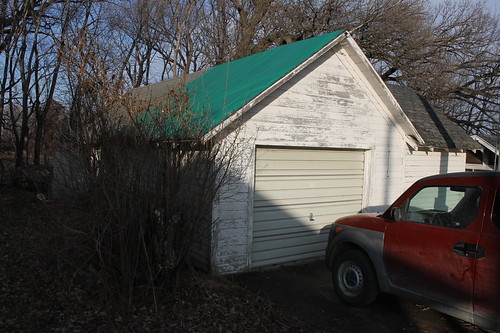 Next up: the Wellhouse. 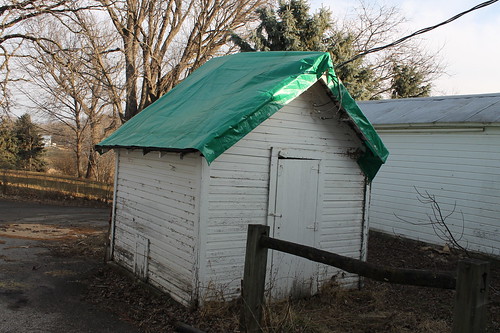 They’re ugly, but at least they won’t be getting any more water damage.
I had to rip a bit of the roof off of the wellhouse to get the tarp fastened down well, and in so doing I noticed a small galvanized bucket hanging on the wall in the back corner. 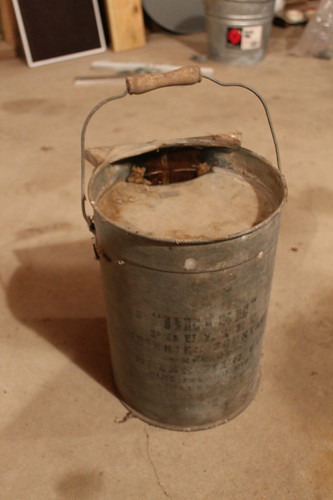 I pulled it out, dusted it off and found out that it’s a poultry fount. And except for a pinhole in the bottom, it still works like a champ.

After brushing off the dust I could make out the lettering that’s stenciled on the side. I was pretty surprised to see that this particular waterer was manufactured a mere 5 miles away!

Although I couldn’t find any information about the Beise Manufacturing Company, R.J. Beise sure enough held a patent on this Poultry fountain design. 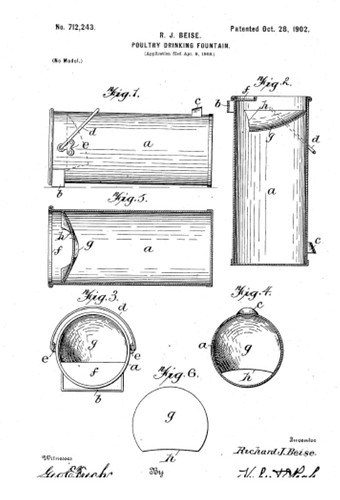 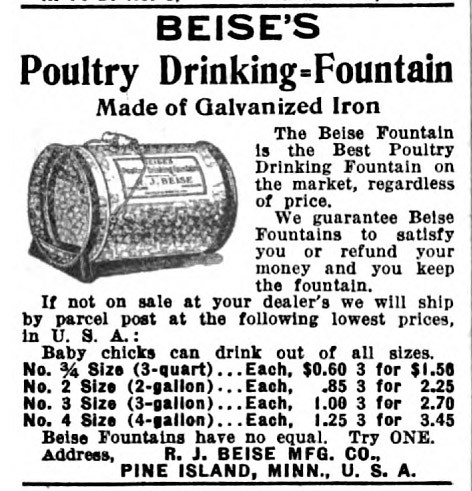 All-in-all a pretty cool bit of local agricultural history to stumble across.