As busy as it seems around the farm in the spring, it’s got nothing on the end of summer. Combine the culmination of markets with wrapping up summer projects and the beginnings of the has-to-be-done-before-winter projects and you’ve got quite a workload.

So in the midst of all the bustle, what’s been going on?

Well, on the 29th of August, our spotted sow Dottie had her second litter of piglets. 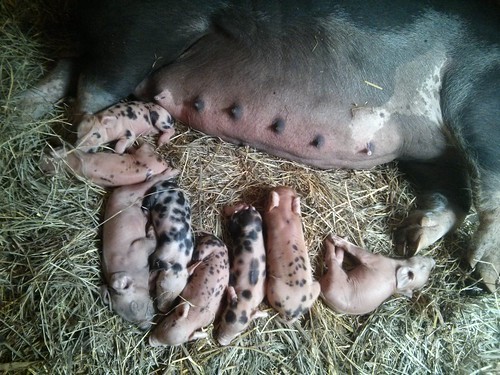 She had 13, of which 8 survived. Thirteen is a great number, but I’m not as thrilled that she laid and/or stepped on 4 of them (one was stillborn).  Either way we came out with 8 healthy piglets, which is good enough.

About a week later our gilt Annette had her first litter of piglets. 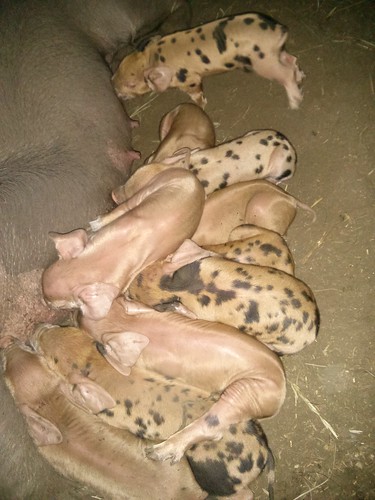 Annette had 12 piglets, 2 stillborn, with all the rest of the 10 are still alive and kicking.  Even though it was her first farrowing, Annette was by far our best mother.  She laid down to give birth at 10am, gave birth to the last piglet at Noon, and didn’t get up to eat or move around until 5pm.  Her piglets had a solid 5 hours to nurse and sleep next to mom’s belly without the slightest danger of being stepped on or laid on.

I’m going to be keeping a gilt out of one of the last two litters to replace one of our Large Black sows and Annette is making a strong case for keeping one of her daughters.

Now that all the piglets are all over a week old, they’ve been ear-notched and castrated (at least the boys were) and they’re all running around together, giving their mothers a headache, no doubt. 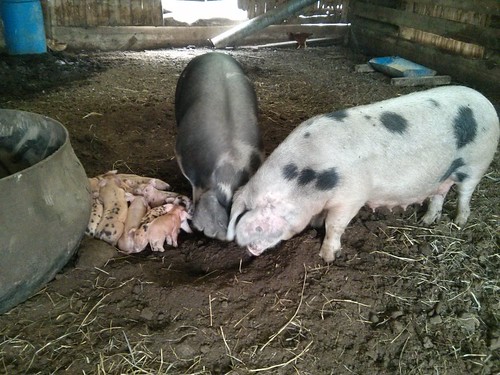 All the other pigs are in the pastures around the house, enjoying a nearly endless buffet of acorns. 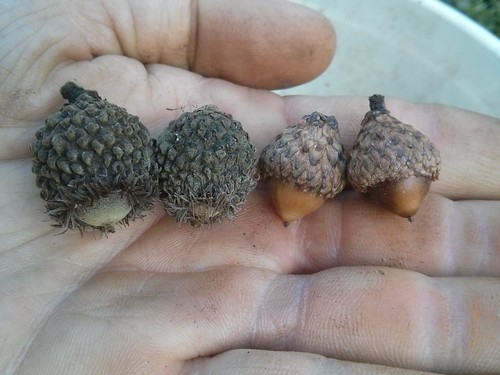 The laying hens are being weeded through, any that we suspect of eating eggs are placed in chicken prison to await their fate.

Coincidentally, we have some stewing hens for sale… 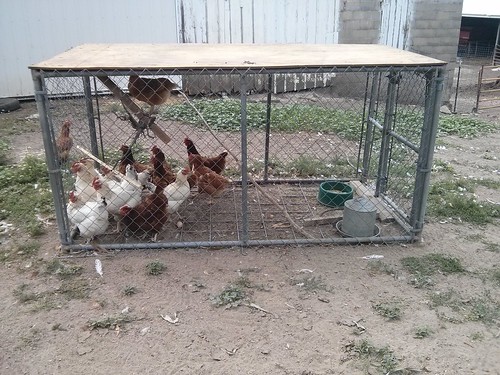 I witnessed a bit of bee-on-bee violence. 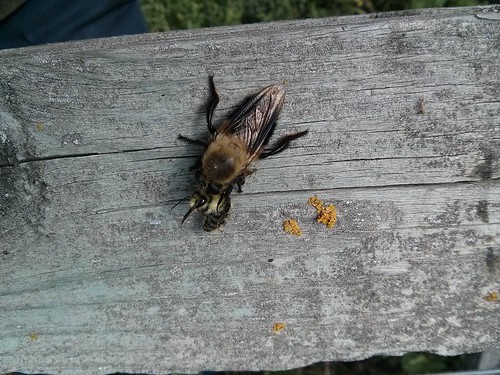 The new SDS drill was put to good use, breaking the concrete slab under the automatic-waterer in half (quarters really) to allow us to pull it out with the tractor and re-pour a new concrete pad.  The other half of the pad was torn out earlier when all the well-work was done. 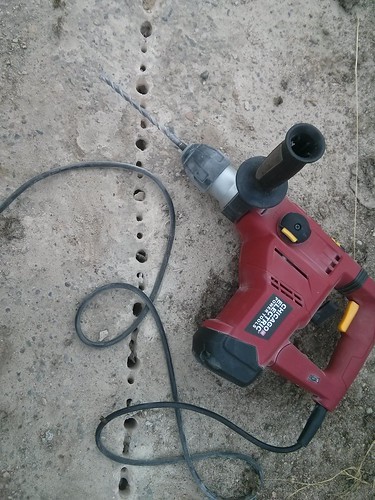 The poor SDS got another workout, this time a 5″ hole through the foundation of my house.  I’m holding what is, by far, the largest single chunk of concrete to come out of a 5″x8″ hole.  Most of it came out of dust, which means it was a very slow, loud process. 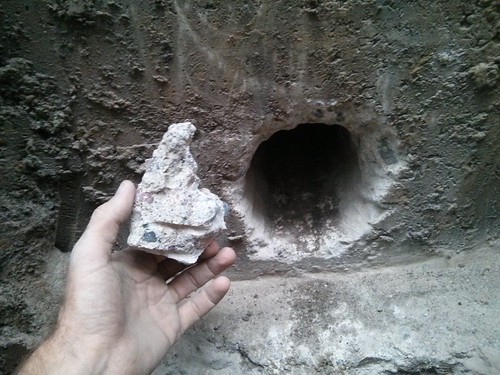 But why would you want a 5″ hole in your foundation?  More on that later…