So if you’ve seen us at any of our farmers markets lately, then you probably noticed that we’re selling out of eggs pretty quickly.  Our 50 chickens just can’t keep up.  We decided to call in some reinforcements. 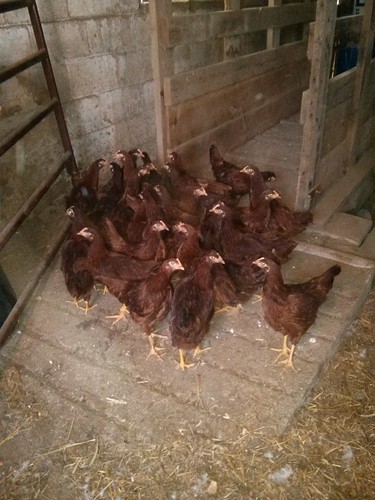 These 30 young ladies came from a local organic farmer. They’re probably about 4-5 months old, which means that they’ll start laying in a few months.  That’s still a while to wait, but it’s better than starting from just-hatched chicks.

Anyway, we put the new pullets (that’s farm-speak for a young female chicken) in with the older hens, and let them get acquainted.  They didn’t play nicely together. We upset the pecking order by bringing all the young ones in, so they all decided to get crabby for a few days.

That, and it is getting quite cramped in their current quarters.

It was time to start working on the chicken coop up on the hill.  It looks pretty rough right now, but it’s plenty big and unlike a lot of the farm buildings, it has a decent metal roof on it. 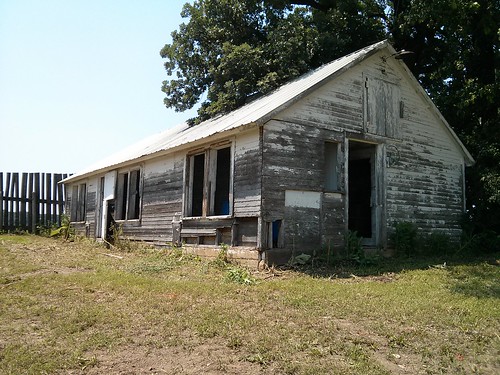 First order of business: shovel it out.
After talking to the farm’s previous owner, we learned that this building was used as a lambing barn during the winter beginning in 1966, when he first bought the farm. 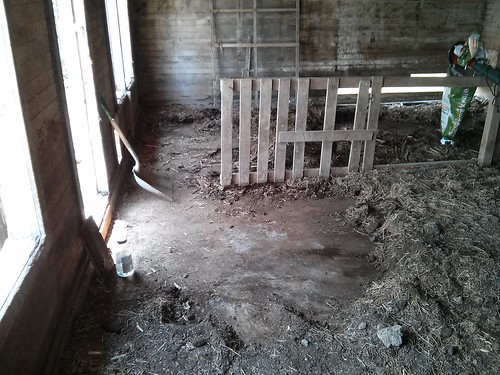 And Cathy got plenty of use out of her new (used) mower, or more specifically, it’s little dump-bed wagon. 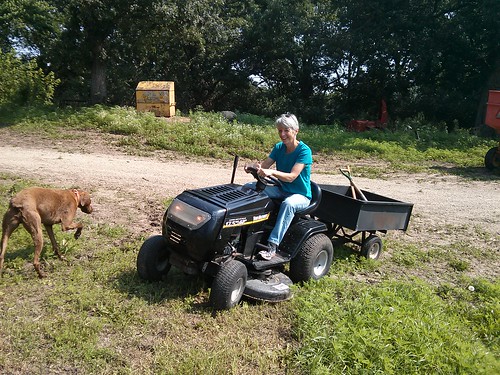 Securing the windows was next on the list. The six large South-facing windows will be nice, but they needed a bit of chicken wire to keep those wily predators out. We’re planning on making some swing-out “storm windows” out of some clear polycarbonate roofing before the winter. 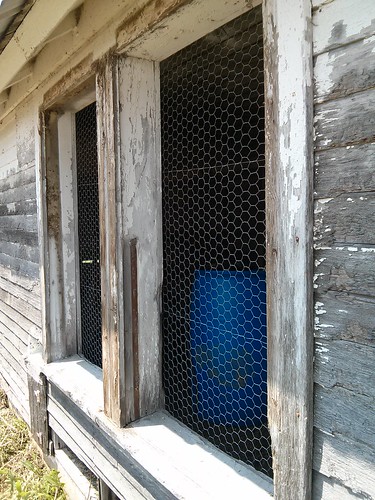 But that’ll do for now. We’ve got other big holes to patch up first, like the entire back wall…